Everybody kindly wrote a list of ingredients to put with their contribution so that food intolerances could be avoided, although it was all vegan of course 🙂 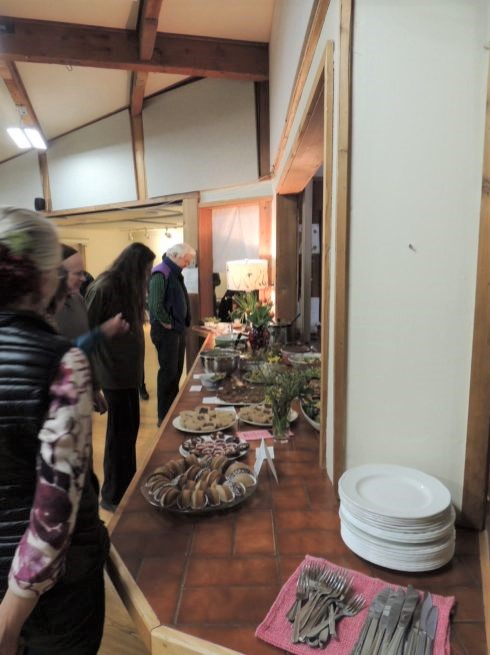 There were thirty attendees including a couple of holiday makers from off the island and, well, if you take a look over here you get the whole story from the person who put it all together: Sarat Colling, founder of Hornby Animal Rights Team.

The same event also played host to HART’s first pop-up library and we’re thrilled to see some of our books among the collection.  Some of the attendees became library members and the first books were loaned.  Anyone who is within reach of Hornby Island, BC, will be delighted to learn that more pop-ups are planned and will be publicised via the website – so subscribe if you don’t want to miss it.

If you don’t want to wait for the next pop-up to join the library, you don’t have to.  If you’re a local, you can check out the list of books for loan and then email hornbyhart@gmail.com with the title(s) you wish to borrow and your contact information.  They will arrange a time to leave the books for pick up in HART’s box at the Co-op Free Post.

6 thoughts on “A lovely time was had by all”