When Joe was clear about how to do it, he went home to make one for himself.

“Don’t tell anyone!” Luke reminded him on his way out.

After hearing the front door close, Luke stood at the window and watched Joe walk out of the cul-de-sac feeling full of optimism. Now there were two of them. He’d always known he could rely on Joe, and had benefited from his help a couple of times already, but it was really something to know that his best friend now properly understood that animals needed sticking up for every day; and that sometimes you have to be sneaky about it.

“Luuuke! Come and do the drying up please!” Mum’s voice called from downstairs.

“In a minute,” he called back. He just needed to wash up the saucer of paint before it dried.

On the other hand, perhaps it was prudent to go down right away.

Once the drying up was done, Luke hung out with the damsons in the garden for a while. He gave them yesterday’s left over salad, and supervised to make sure Rusty didn’t eat it all. She was one naughty rabbit! Ash could look after himself but Scratcher was never quick enough and Rusty would pinch her share given the chance. Luke made them a clean bed, and picked them some raspberries that were too high up on the canes for them to reach before coming back inside to get Dudley for his walk.

Luke grabbed his Spiderman cagoule from the hall cupboard and called his dog.

Finally the sleepy boy emerged from Luke’s room at the top of the stairs and trotted down, tail wagging. Was that mud? Luke couldn’t think where Dudley could have been to get one of his paws muddy – it hadn’t rained yet. But not too worry, it would dust off the carpet when it dried.

Outside it was breezy and the purplish-grey sky looked ominous but Luke and Dudley weren’t afraid. They walked briskly to the allotments to see Curly and her beloved lamb, Squirt, and check they had everything they needed. Little Squirt, who wasn’t so little any more, came running up to meet them and he and Dudley ambled off to play together. The big allotment plot provided them with plenty of grass and clover to eat but Curly knew Luke was carrying treats and nuzzled against his leg until he gave her the carrots he’d brought. Then he refilled their water trough by stretching the long hose from Dad’s plot. In the big shed Luke mucked out the droppings and made a deep, fresh bed of clean hay. Mm, it smelled good. Curly looked in to see what he was up to.

“I just tidied up,” Luke told her and he plopped down on the soft hay and rolled around in it. The sound of raindrops on the roof made it extra cosy and Curly decided to join him. She settled herself into a comfortable spot and started chewing – mostly hay but occasionally hair.

“Ow!” Luke yanked his head away and sat up to stroke her. She liked that. Suddenly the rain started coming down hard, sending Dudley and Squirt for cover. They rolled in the hay to dry themselves off, and then the four friends sat together and watched the downpour. The storm was powerful and awe-inspiring. It was exciting to be so close to it.

The rain lasted for almost an hour and when it stopped Luke and Dudley made a break for it. With any luck they would be home before it came down again. That wouldn’t keep them dry though. When they reached the village shop a passing lorry relocated a giant puddle at the edge of the road to the exact spot in which Luke and Dudley were standing. Dudley promptly shook. Luke got wetter. Dripping from head to toe, he noticed a card in the shop window. It read:

“Blimin’ breeders!” thought Luke, “them babies’ll prob’ly be left in small cages all on their own. An’ there’s already too many pets who don’t get looked after prop’ly! When I’m Prime Minister I’ll make it against the law for humans to breed!”

2 thoughts on “Luke Walker and the secret society continues …” 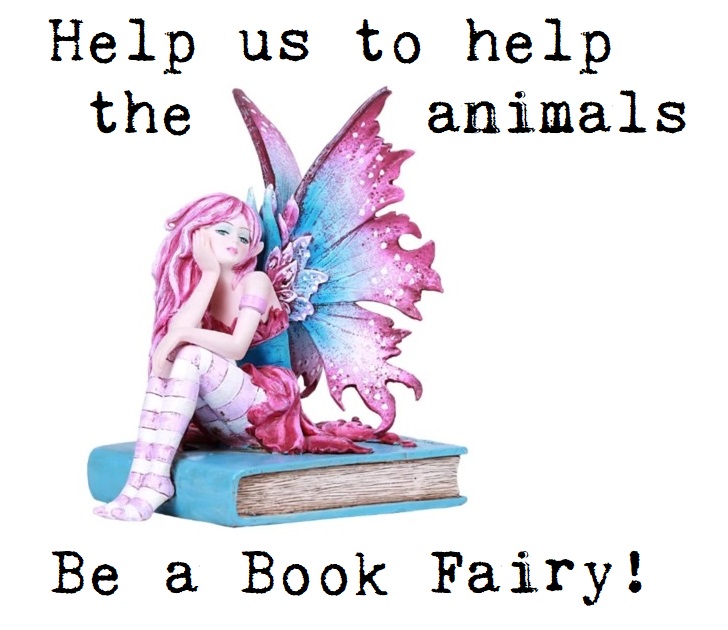