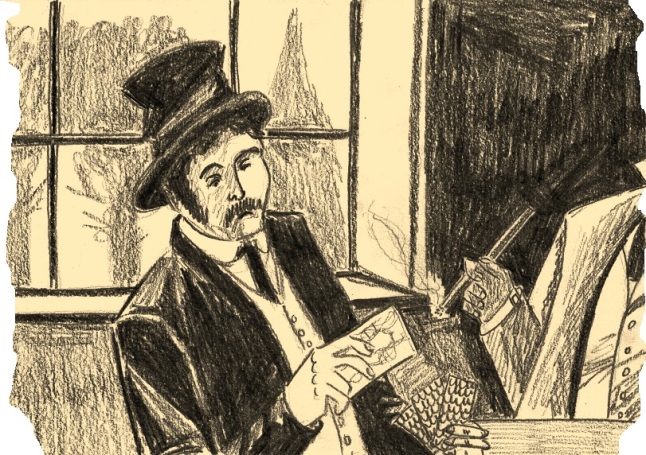 “In spite of being a drinker, a gambler and a generally neglectful parent, my father had at least made sure I wouldn’t be destitute before he lost the rest of his estate to Viscount Faulkner – or ‘that diabolical mountebank’ as he called him.”

“His son was worse.  It was he who shot me and I knew that he would not be satisfied with the manor and most of the vast estate if he thought he could get it all.  He owned the bankers and the solicitors and  would not rest until he had in his possession every last blade of Allaway grass.  I had to make sure he didn’t get his hands on my four acres.”