Chapter Seven:  Luke Walker and the saved up money

Luke didn’t complain about helping Dad on the allotment because it was part of their agreement.  After he’d commandeered the vegetable patch for the damsons, Dad had made a deal with him.  He said the damsons could stay there if Luke agreed to help him every week on a new allotment.

The allotment cost Dad £80 a year, which seemed a heck of a lot of money to Luke, but Dad said it was a good deal because it gave him plenty of room to grow things – much more than he’d had in the damson patch.  It would be a lot of work so Luke had to help.  Luke thought that was fair, and earning the damsons’ keep made him feel like a bread-winner.  So everyone was happy.

On this particular Saturday he was in an especially good mood.  He had finally saved enough money to buy his bike.  The pocket money he had been given that very morning brought his total up to £100.  £100!  He had been saving for ever.  Actually, for a year.  But it felt like forever.  And now he had enough.  He could buy the bike; the blue one; the blue one he’d seen in the bike shop window; the blue one that was perfect for him; the blue one that was meant to be his.  Dad said they could go and get it when they’d done the morning’s digging and weeding.  They were going that afternoon.

After lunch Luke rushed up to his bedroom and emptied his money box.  Mum had changed his coins for notes every time he saved £10 so now he held ten crisp, or rather soft and tatty, £10 notes in his hands.  Never before had he held so much money!  He tucked it carefully into his wallet, the Batman one with the keyring attached, tucked his wallet into his front right trouser pocket, and padlocked the keyring to his belt loop.  He wasn’t taking any chances.  Then he waited in the car for Dad.

“Where have you been?” Luke asked him when he finally arrived.

“You know where I’ve been Luke.  You saw me.  You passed me, eating my lunch, on your way out to sit in the car.”

He turned the key and the engine coughed to life.  Luke could hardly contain his excitement.

Twenty two minutes later he suffered a bitter disappointment. In truth Dad hadn’t been surprised to learn that the blue bike Luke had set his heart on a year ago wasn’t there anymore, but he’d assumed Luke would happily choose a different one from the same shop.  But Luke wouldn’t even look at a different one.  He wanted the blue one.  It was perfect.  He could describe every detail of it and why it was perfect in every detail.  For this reason the bike shop man knew which make and model he was talking about and looked it up on his computer.  He said he could order another one, especially for Luke. It would take two weeks to get there.  Luke smiled with relief.

He’d waited a whole year, what was another two weeks?

By the time they got back home he was feeling much better and cheerfully returned his money to the safety of his money box.  Just two weeks – then he’d have it for sure.  It was ordered.  The order was in his name.  Just two weeks more.

Luke sat in his room and drew a grid of fourteen squares.  In each square he wrote a day of the week.  At the end of every day he put a big red cross through one of the squares.  When there were fourteen red crosses it would be time to go and get his bike.  He could think of nothing else.  He could talk of nothing else.  To tell the truth, even his devoted friend Joe was getting a little tired of it.

It was the thirteenth day, Friday afternoon.  The boys were sitting at either end of their desk, doing their sums.  At least they were supposed to be doing their sums.  In actual fact Joe was drawing dinosaurs and Luke was daydreaming about how much faster than Butler’s bike his new bike would be.

He’d stopped listening half an hour earlier but it was easier to nod along than admit that he’d lost interest.  Joe was a ‘path of least resistance’ sort of boy.  However, by the end of the afternoon, when they were walking home from school, he couldn’t help expressing his wish to change the subject.  Luke was more than a little affronted.

“Oh I’m sorry, ‘ave I bin borin’ you?” he said in mock apology, “I wun’t want to bore you with somethin’ as borin’ ‘n’ unint’restin’ as a new bike!  I’m sorry to bother you with the unint’restin’ information that it took me a whole year to save up for it!  I’m sorry I got so excited ’bout somethin’ so borin’!”

An awkward silence followed during which the friends walked at opposite edges of the country lane.  They had been given permission to walk home without adult accompaniment as long as they stayed together.  They therefore kept pace with each other whilst keeping as far apart as the width of the narrow road allowed.  Joe looked at his shoes.  Luke looked straight ahead.

The lane was quiet, the boys were quieter, until Luke noticed something.  As they approached the stile that led to the meadow that was crossed by the stream that was bridged by the bridge on which the boys had planned to play Pooh sticks, Luke saw a sheep.

The sheep was munching the long grass in front of the field gate next to the stile.  There were no sheep in the meadow at that time but Luke knew that sometimes there were.  He could only assume that this sheep had got separated from the rest when they were being moved to another field.

“A lost sheep!” said Joe when he looked up.

“Yeah,” said Luke, their discord forgotten.  They approached her slowly so as not to startle her.

“What should we do?” whispered Joe.

“I bet it belongs to Manor Farm,” Joe guessed, “I know they’ve got sheep.”

Luke was deep in thought.

“We should prob’ly go and tell the farmer at Manor Farm, then he could come and see it.  I think he’d know if it was one of his.”

Luke took his water bottle out of his lunch box.

“Maybe,” he said again as he tipped what was left in the bottle onto the mud, “but then again, he’s prob’ly got hundreds of sheep and they prob’ly all look the same to ‘im.”

He rubbed his hand in the wet mud and then wiped it gently over the red dye mark on the sheep’s back.

“And it would be wrong to hand ‘er over to the wrong person.”

Since it was March, Joe was unconvinced by this explanation.  His friend was clearly up to something and he had a good idea what it might be.

“An’ who does she belong to?  We don’t ezzactly know do we?”

“That mark you just covered …”

“That whoever she does belong to wants to kill ‘er!  Do you want to give ‘er to someone who will kill ‘er? Would you do that Joe?  Would you?”

Luke was trying to keep it to a whisper so as not to frighten the sheep, but his hushed tones were still fierce.

Joe couldn’t argue with that.  He nodded.

“Here is a brave sheep who has prob’ly bin hidin’ from the farmer for days or weeks.  And he prob’ly hasn’t even noticed she’s missin’; or he has noticed but he’s given up lookin’ for ‘er.  So she’s free.  She belongs to ‘erself.  I think she should be allowed to keep belongin’ to ‘erself, don’t you?”  He looked at Joe earnestly.

Luke smiled, Joe was with him.  But now he really had to think.  Where would the sheep be safe?  If they just left her to wander, someone else was bound to discover her and return her to the farm.  No, he couldn’t let that happen.  He had to get her to a place of safety where the farmer wouldn’t find her.  Joe gently stroked the sheep’s forehead.  Luke was thinking hard.  There had to be a way.  There was always a way if you thought hard enough.  And then it came to him.

“What? What will we do?” asked Joe eagerly.

“You wait here with her,” Luke instructed, “keep ‘er here, out of sight.  I’ve got to go somewhere and I’ll be back quick as I can.”

“Where are you going?” asked Joe, a little nervous about having sole custody of the refugee.

“Don’t worry, I’ll be quick,” Luke assured him as he turned to run back along the lane towards the village.

Joe continued to stroke the sheep, telling her softly that it would be ok, that Luke had thought of something and he wouldn’t let her down.  Obviously comforted by this, she resumed munching the grass.

It started to rain. Just a few drops at first and then it settled in to a steady drizzle.

“Hurry up,” thought Joe as he became gradually wetter.

The sheep didn’t seem to mind.  Eventually, after almost an hour by Joe’s reckoning (seventeen and a half minutes), Luke returned.  He was smiling and had with him a piece of rope.

“Where ‘ave you been? What are we gonna do?” Joe asked as Luke tied the rope carefully around the sheep’s neck so that he could lead her.

The rain ensured their independence by keeping other people indoors.  They walked back half way along the lane until they came to the back entrance of the allotments.  Luke opened the gate with a key and they went in.  He led his old friend and his new friend past many well-kept plots full of rows of cabbages and turnips and carrots and leeks and all sorts of plants that Luke didn’t recognise.  The sheep was keen to try a few.

“No! Stop ‘er!” Luke half-shouted as she bent her head to some turnip tops.

Joe stopped her just in time and the boys quickened their pace.  After a while the plots began to look a little untidy and, the further they walked, the more unkempt they became.  They stopped alongside Luke’s dad’s plot which was one of the unkempt because he hadn’t had it very long.

“Here we are!” said Luke happily to the sheep, “welcome to your new home Curly.”

“Why would he?” Luke asked, a little irritated that Joe was being so negative.

Then Luke realised that from where he was standing, Joe couldn’t see what he and Curly could see.

And he pointed to something behind his dad’s ramshackle shed.

Joe stepped forward to look.  The plot behind Luke’s dad’s plot had been abandoned some time ago and was quite overgrown.  The former tenant had erected post and rail fencing all around it so that she could keep her Shetland pony there.  And there was a big shed that she’d used as a stable.  Luke beamed.

“That’s where I went.  To the ‘lotment committee man’s house.  To rent this ‘lotment.”

Joe knew the answer to his question almost before he’d finished asking it.  Luke was so happy as he led Curly to her new home. 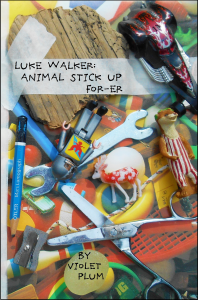 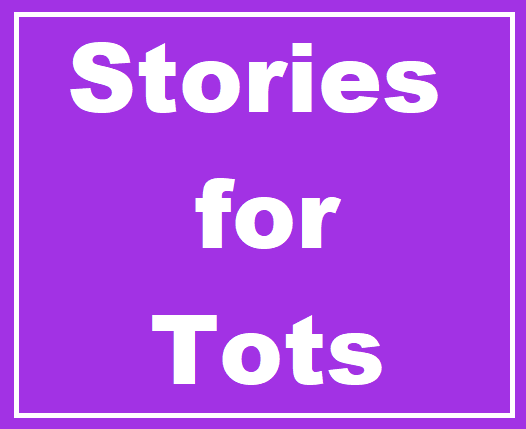 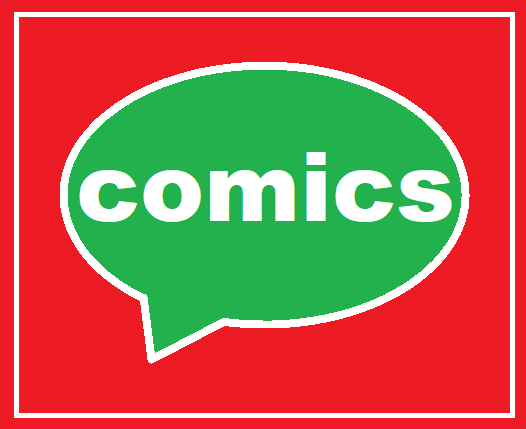 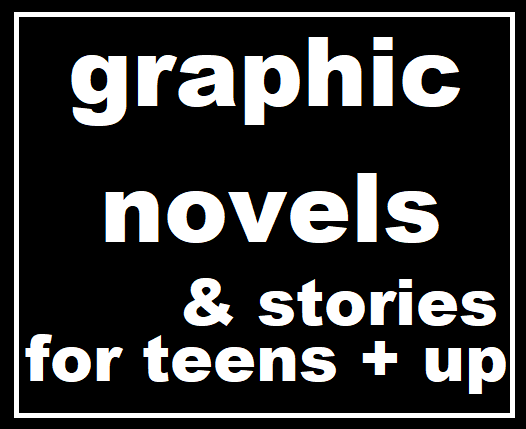