For all the Luke Walker stories so far click here 🙂

Luke Walker and the new teacher 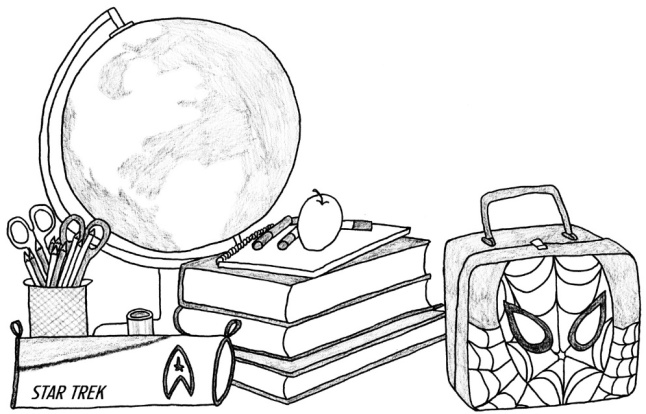 “I’m Tuvok, you’re Paris,” Luke put his foot down, “say somethin’ like ‘no don’t search deck six coz it smells in there’.”

“No, don’t search deck six, it smells in there coz that’s where Tuvok’s quarters is.”

“This is a serious situation Mr Paris!  My quarters do not smell and even if they did it is nillogical to leave an entire deck out of the search.  Search all quarters on decks five, six and seven.  Now!”

“Luke, come downstairs please,” Mum called, “I want you to try on your new school uniform.”

Luke pulled a face.  They would be back at school in three days and he had been trying not to think about it.

He reluctantly put down his tricorder and did as he was told.  In the living room Mum had all his new clothes laid out on the settee.  They looked horrible.  Two pairs of grey trousers with a smart crease pressed down the front; four white shirts folded and pinned with cardboard under the collars; five pairs of grey socks; one black sweatshirt with the name of his school written in gold across the front; one black jumper, and new shoes.  Luke looked suspiciously at the shoes.

“Are they leather?  I’m not wearin’ cow skin,” he insisted.

“I know they look like it but they’re not,” Mum assured him, “look.”

She showed him the label inside and Luke was satisfied that they were made of synthetic materials.

“Beats me,” said Mum, she really didn’t have time to get into it right now.  “Okay, try these on.  If they don’t fit I’ll have to take them straight back and change them.”

Luke tried it all on and everything fitted perfectly.  Mum had a knack for choosing the right size which she was very glad about because it meant she didn’t have to take him with her when she went shopping.

“Oh, you do look smart,” she said proudly.

“Lamb’s wool act…, oh Luke, don’t start.  Taking the wool doesn’t hurt the lamb, they have to have it sheared so they don’t get too hot.  It’s just like when you have your hair cut.  That doesn’t hurt does it?”

“How do you know?  Have you ever seen a sheep bein’ sheared?  Or a lamb?  I don’t think Squirt would like it.” 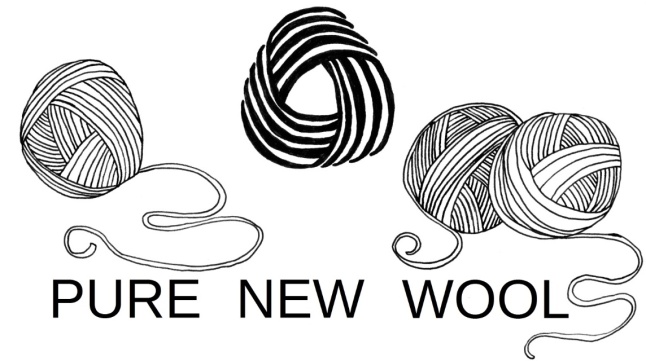 Mum looked at the ceiling and took a deep breath.

“Luke, you need a warm jumper for school.  Honestly, it doesn’t hurt them to have their hair cut.”

Luke didn’t know what to think.  He supposed there could be no harm if the sheep did need to have their wool cut off; if they didn’t want it themselves.  He decided to let it go for now, but he would have to find out more about it before making a final decision.  He tossed the jumper onto the settee and ran back upstairs.  He wanted Joe’s opinion.

“When Janet doesn’t know somethin’ she looks it up on the computer,” he said, “p’rhaps we should do that.”

“I bro…, erm, Dad’s computer doesn’t work anymore and Jared won’t let me use his.  Can we borra Janet’s?”

Joe laughed and shook his head.  Luke was stumped.

“We’ll ‘ave to investigate it ourselves,” he said eventually, “I’m not wearin’ that jumper ’til I know for sure it’s not hurtin’ anybody.”