He smiled broadly as he considered how fortuitous this outing had turned out to be; how lucky it was that this week of all weeks he’d needed a wheelbarrow.

Nan and Grandad loved to go to car boot sales, antique fairs and flea markets.  They would drive for miles to get to them and rarely a Sunday went by without Nan acquiring a ‘new’ old plant pot, or handbag, or garden bench, or record or book or who knows what.  So, when Luke decided he needed a few tools for his allotment – a rake, a bucket or two, and a wheelbarrow – he asked Mum to ask Nan if he could go with them that weekend.  She said yes, as long as he behaved himself and didn’t eat or drink anything in Grandad’s car, or put his feet on the seats.

“Will she ever get over the chocolate biscuit/chewing gum incident?” he thought. “It wasn’t even my gum – it had got stuck on my shoe because of a dropper and the chocolate crumbs … ”

Anyway, he promised to be good, and it was arranged.

Six days later, Luke was sitting in the back of Grandad’s car; seatbelt on; feet on the floor; no food or drink whatsoever.  They turned into a farm lane and drove past a field of grazing cows, one of whom had a baby with her.  They waited in a long queue of cars approaching the flea market and Luke was able to watch mother and baby for a few minutes. 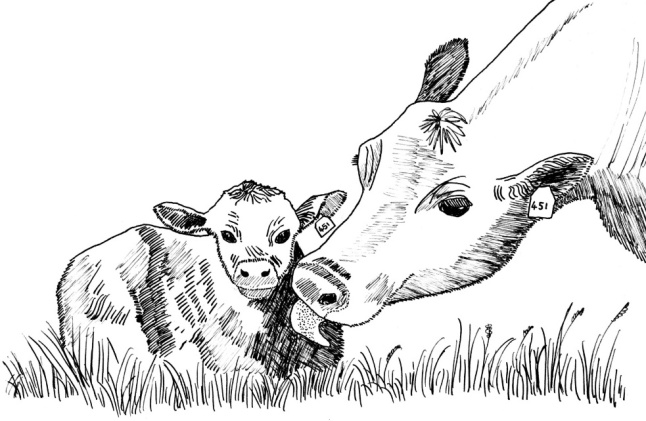 He could see how attentive the mother was to her baby and how the baby followed his mother wherever she went.  It was nice to watch.  Then he saw two farmers with a wheelbarrow walk over to them and lift the baby into it.  The baby cried out for his mum and the mum tried to get to her baby but one of the farmers obstructed her so that the other one could wheel the barrow away.  He walked briskly, almost breaking into a run to get to the gate as quickly as possible and the mother cow hurried after them, calling all the time to her baby and him calling back to her.  The farmer with the wheelbarrow got through the gate and closed it and the other one climbed the fence.  They put the calf into a trailer and drove away in the Land Rover that towed it, along the track that bordered the field, until they got to the road and were soon out of sight.  The whole time the mother cow was running along the edge of the field, trying to keep up with them, calling for her baby.  When the trailer was out of sight she just stood at the fence and called and called, a most miserable, pining sound, as she watched the direction in which they’d fled, pleading for her baby’s return.

“Where are they takin’ ‘im?  Are they gonna bring ‘im back?” Luke desperately asked his grandparents.

“What love?” said Nan.  She hadn’t been watching.

“The farmer keeps cows for their milk.  He needs to sell as much milk as possible so he can’t have the calves drinking his profits can he?  He’s got to make a living.  Way of the world Luke, you might as well get used to it.”

Luke was outraged.  He’d known instinctively that it wasn’t right to steal a cow’s milk and was certain it couldn’t be natural to drink it if you weren’t a baby cow, but he’d had no idea that farmers actually kidnapped babies away from their mothers; that a mother who’d done nothing wrong, who was giving him her milk, was not even allowed to keep the baby who made the milk possible.  And the baby – what would happen to the baby?

“He’s not horrible Luke,” Nan tried to explain, “cows are not people, they don’t have the same feelings and emotional attachments that we have.”

“Luke,” Nan answered quietly, “the farmer’s got to earn …”

“I could earn a livin’ stealin’ other people’s jewel’ry and sellin’ it to someone else, but if I did that you’d tell me off!”

“Too right it’s not the same coz I wun’t be kidnappin’ someone’s baby!”

While Luke fumed Grandad reached the car park and they all got out of the car.  Luke couldn’t stop thinking about the cow baby and the cow mum crying for each other.  He trailed slowly behind his grandparents, very unhappy in the realisation that this was the way of the world and there was nothing he could do about it, not really, not for that baby or that mum.

“Grown ups always say ‘you must be good’, ‘you must be kind’ and then they do things what they know is unkind,” Luke mumbled frustratedly to himself, “they don’t follow their own rules, so they can’t expect me to follow ’em.  They should follow my rules – mine make more sense, mine do what they say instead of just say and not do!”

And so, as he railed against the world, he wandered away from his grandparents and browsed the stalls alone.  He wasn’t worried.  He’d find them later.

To read the whole of Chapter 11 now, click here 🙂

5 thoughts on “Way of the world” 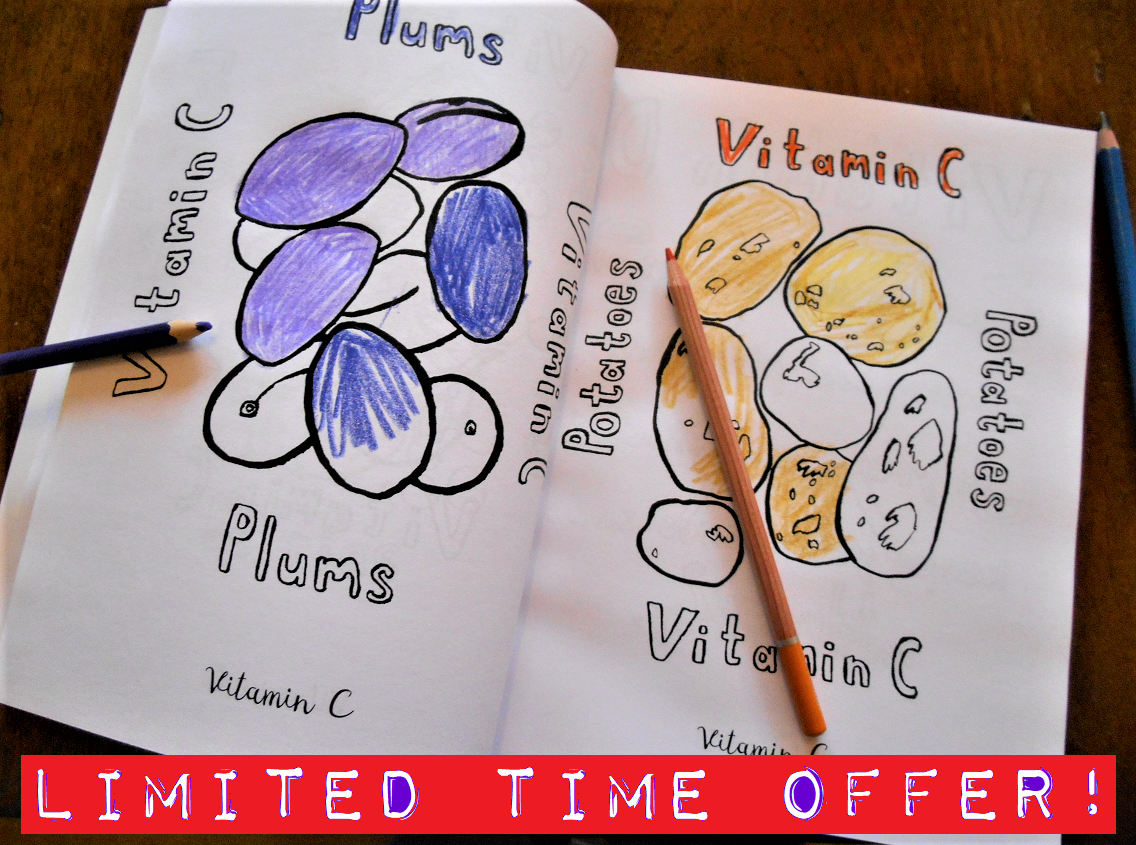 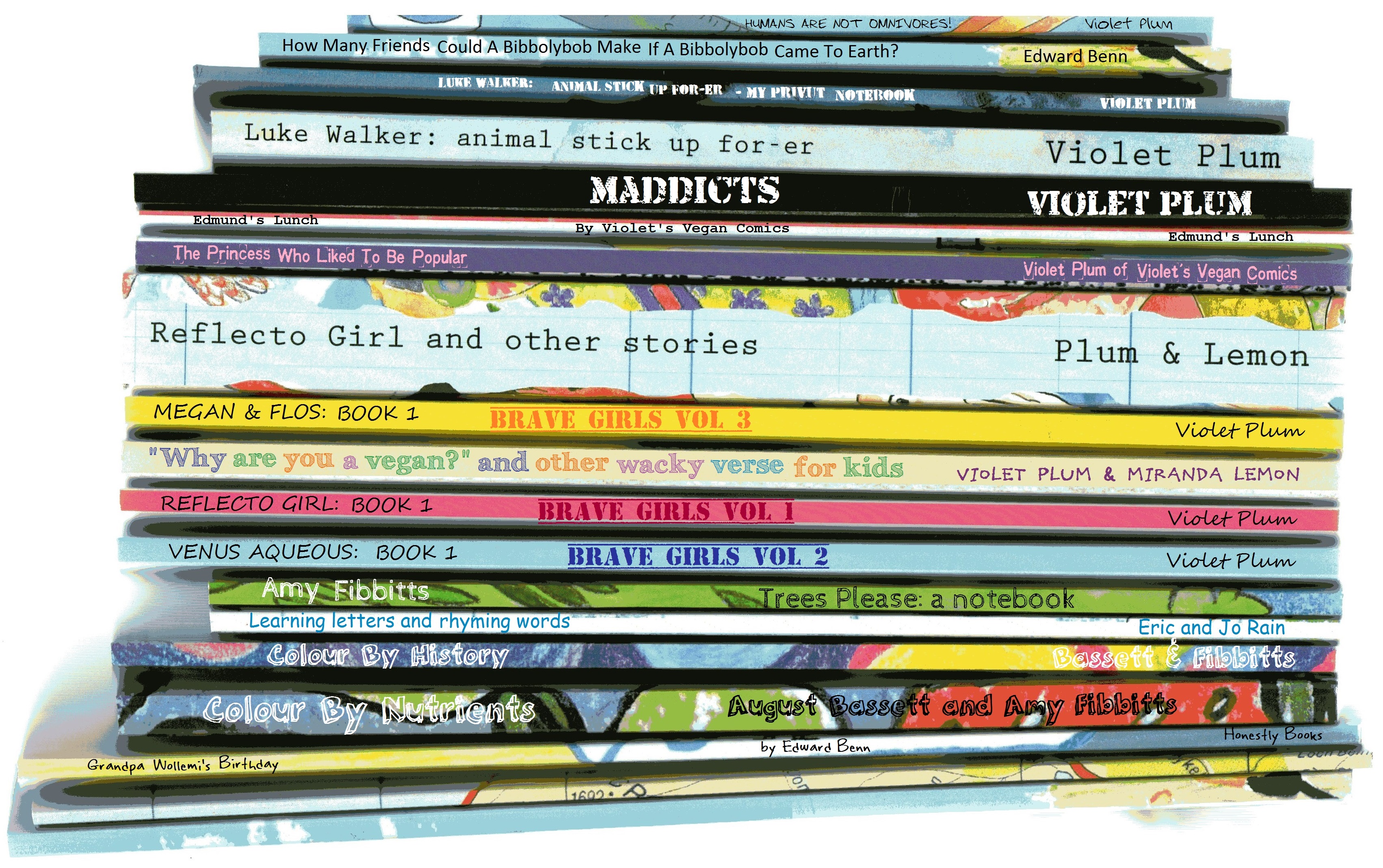