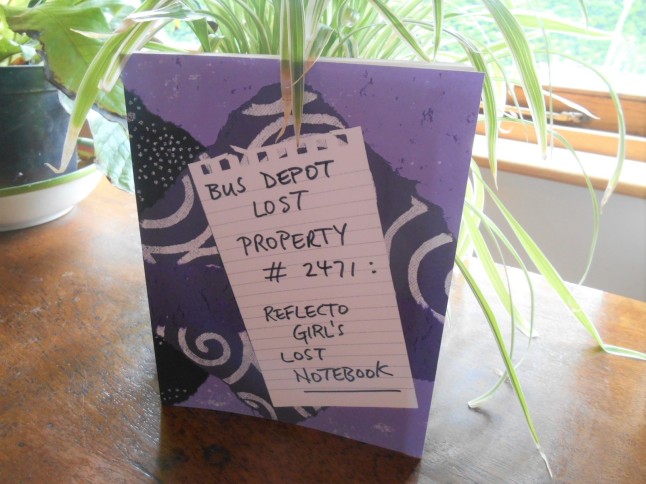 Miranda and I are off on holiday this week so we thought we’d leave you with this:  2 copies of Reflecto Girl’s Lost Notebook are up for grabs! 🙂

We have two of these cute little books to give away, (it’s only 14 x 18 cm), and if you want one all you have to do is tell me that you want to be entered into the draw 😀 But first of all, let me tell you a little bit about this notebook.

The thing is, it’s Renée’s, but she lost it.  She left it on the bus when she was on her way to meet George in episode 5  and she was really worried about it because she’d written about all her Reflecto Girl adventures so far in it. 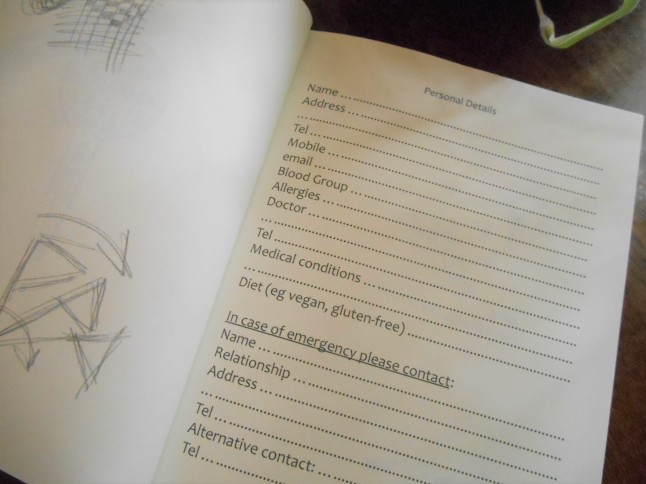 Luckily George reminded her that as long as her real name wasn’t in it (which it wasn’t, she’d made sure of that) it didn’t matter if anyone else learnt that Reflecto Girl was out there.

Renée was still a bit miffed that she’d lost the recipes she’d written in her notebook, 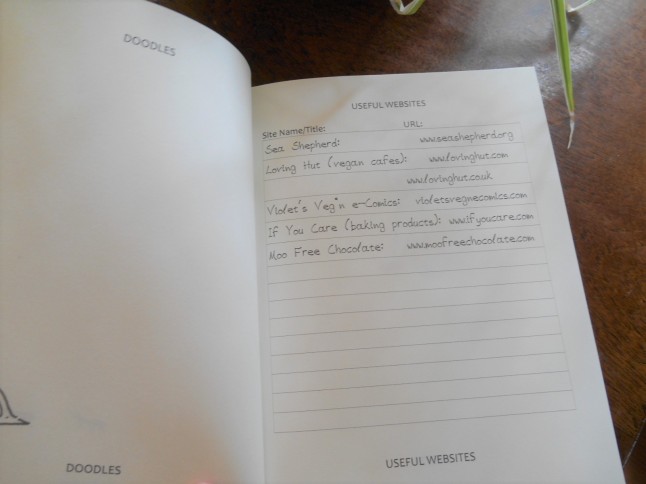 and the important websites she’d made a note of, 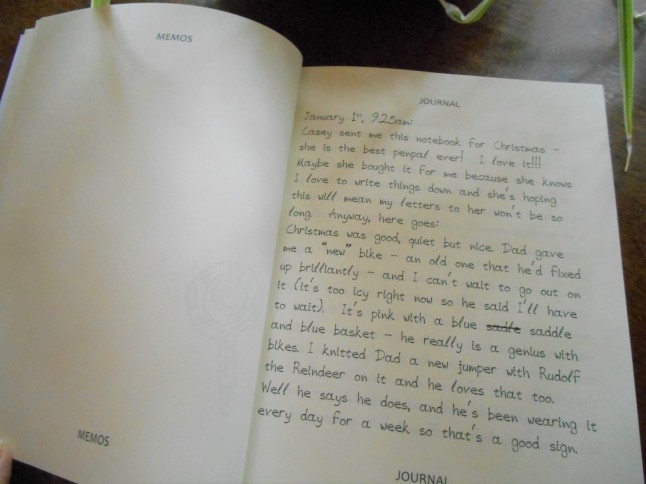 plus it was a really nice little book which was a Christmas present from a friend.  But she couldn’t go to the bus depot lost property and claim it because that would reveal her identity to anyone who had read it. 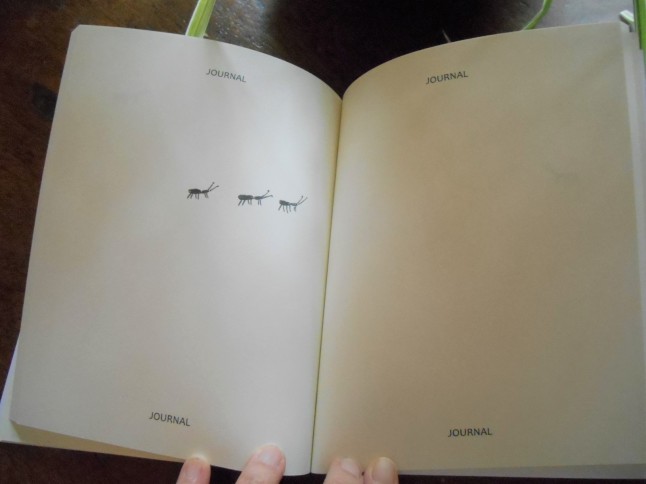 So, there is this half-filled notebook (revealing the girl behind Reflecto Girl – her real life in her own words, an engrossing read 😉 ) with lots of empty space for someone else to write their journal, and/or shopping lists, and/or to do lists, and favourite websites, and favourite recipes, and fill with doodles and sketches of their own. 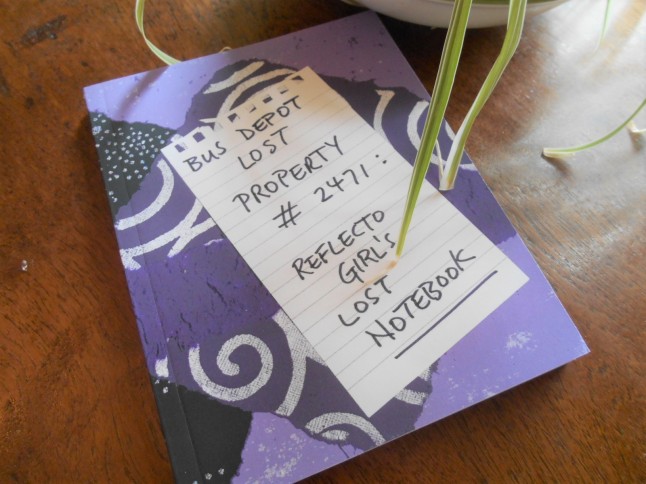 If you want it, let me know – two lucky winners will be pulled out of the hat next week 😀