The Princess Who Liked To Be Popular continues:

At that moment Princess Primrose sat up in bed.  Lady Beatrice was sitting close by, smiling.

“Did you have a bad dream my dear?” she asked.

The princess was dazed.  “A dream?  It was just a dream?  I imagined it all?” she reached for her blue book. 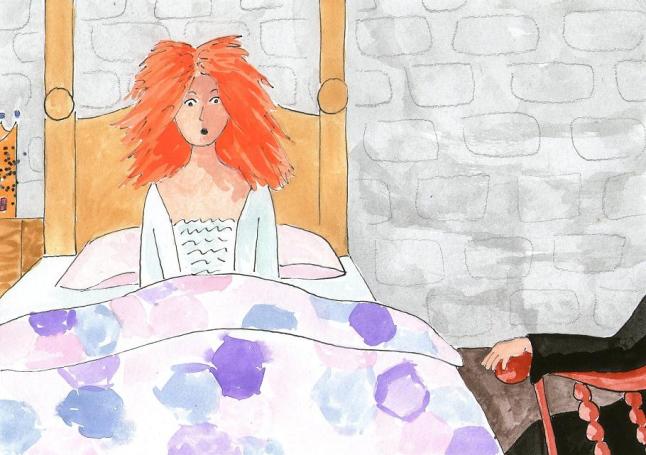 “It’s hard to take in, I know, but as you can see from your book, this is your first morning in charge of the kingdom.  None of what you dreamt about has happened yet.”

The princess was bewildered.  She looked at her last blue book entry and realised that her mother’s friend’s explanation was the only one possible.  Relief began to wash over her.  Then she tensed.

“Yet?”  she asked nervously.

Lady Beatrice explained.  “The queen was very concerned about leaving you in charge, given your inexperience and eagerness to please.  So I simulated, in your dream, what would happen if you proceeded as she expected.  But the monks’ memory rhyme, the fire-damaged arrest record, and Gertrude’s book, all really do exist in the archives.  Venustus is horribly real.  He just hasn’t come here yet.”

The princess was confused.  “But how did you simulate my dream?  How did you know what would happen?”

Lady Beatrice hesitated before answering.  “Your mother is the only other person who knows this.  I hope I can trust your discretion.”  The princess nodded and she went on, “I am a fairy, the last of my kind here because the others were long ago poisoned by an evil wizard.”

“Fairies can take any size.  When I was a young girl, one thousand years ago, I was as small as a dragonfly.  We helped with pollination and feasted on flowers and fruit.  It was a beautiful, enchanting, wild life.  Then I fell in love with a sailor, assumed human size and travelled the world with him.  Being human, he aged much faster than I, and when he passed away I returned home.” 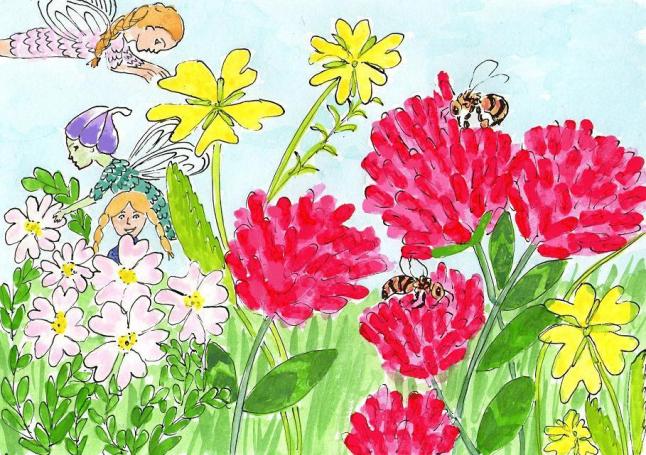 “My exquisite ancestral home had become a contaminated wasteland.  Hardly anyone was living there any more so it was difficult to find out what had happened but eventually an old owl, who had been watching me for some time, took pity on me.  He described a situation very similar to that depicted in Gertrude’s book, which led to the death of all the pollinating insects and fairies, and the exodus of many other species.”

“Possessed of the knowledge of all of his ancestors, the owl was able to give me some hope.  He said that when such a wizard was vanquished, all their evil was undone.  But, he said, there was only one way to do it: the wizard must be tricked into tasting his own potion and, while he is doing so, his name must be repeated to him, three times, backwards.  Then the world would be as if he had never been born.”

Story continues tomorrow, but if you don’t want to wait you can read it here now 😀