The Princess Who Liked To Be Popular continues from yesterday:

The old man had no family of his own but everyone called him Grandfather.  He was kind and cheerful and loved to talk.  He could talk for hours but no one minded because talking to him always brightened their day.

When news of Grandfather’s death reached the castle, the princess was saddened, but when she then learned that more people were falling ill, a cold chill shivered through her body. 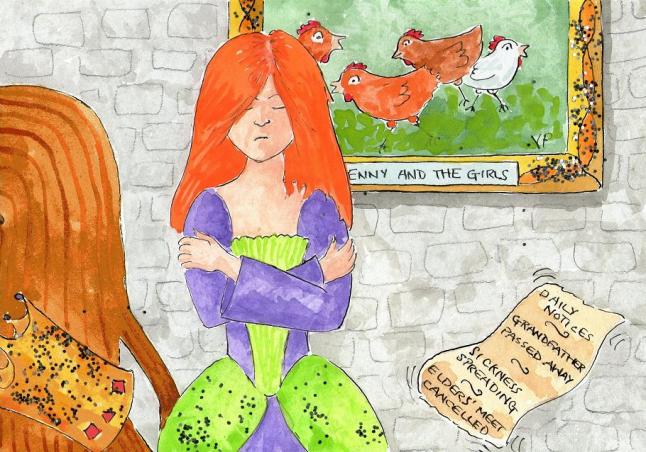 Princess Primrose desperately hoped that this was not her fault; that the sickness afflicting her beloved people was not caused by the cheap fruit and vegetables she had imported through Venustus.

But she couldn’t find Venustus.

The only thing she could do, she decided, was to tell everyone to stop eating the cheap produce; to admit that it might be the cause of their illness. 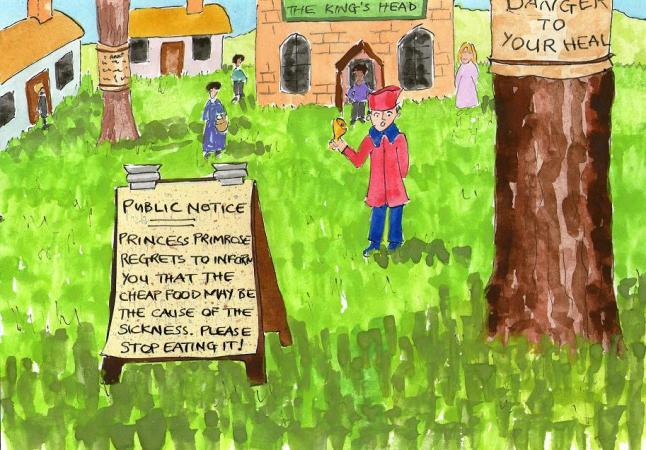 But the people took no notice.  They dismissed as ridiculous the suggestion that the cheap produce might be unhealthy.

“Sickness comes and goes,” they said.

“It’s probably the weather,” they said.

The princess was flabbergasted.

“It’s as if they’re under a spell!” she exclaimed.

“It’s worse than that,” said a familiar voice. 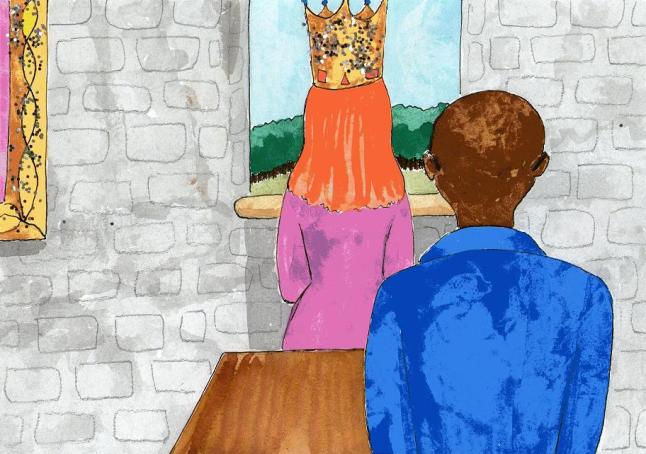 Story continues tomorrow – or you can read it here now 😀