Sandra has achieved the unprecedented legal status of a “non-human person.” A court has recognized that she has rights and that being kept in a zoo unlawfully deprives her of her freedom.

In November, the Association of Professional Lawyers for Animal Rights (AFADA) filed for habeas corpus, a petition usually used to challenge the imprisonment of a human who has been illegally detained. Instead, this petition sought freedom for Sandra, a Sumatran orangutan. Sandra has spent the last 20 years of her life at the Buenos Aires Zoo. In 1986, she was born into captivity at a German zoo. Nine years later she was sent to Argentina. Sandra is described as very shy, with a marked preference for avoiding the stares of zoo visitors. AFADA’s case asserted “the unjustified confinement of an animal with probable cognitive capability” illegally deprived a “non-human person” of her freedom. AFADA insisted Sandra was a person in a philosophic sense, rather than a biological one. In other words, she’s not human, but she deserves certain equivalent rights. A three-member panel of Argentina’s Second Chamber of the Criminal Appeals Court unanimously granted habeas corpus, deciding that Sandra is a “juridical person” rather than an object. 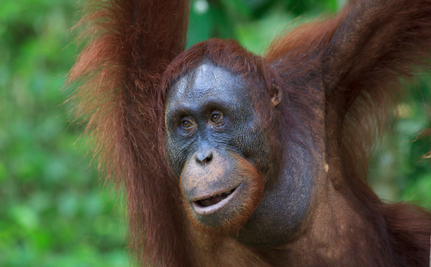 Let us hope that this decision is upheld and that it will lead to a more enlightened attitude worldwide resulting in person-hood rights being granted to all captive animals.

Buy a book for us to give away