UPDATE: The result of Defra’s independent review of decapod sentience is due imminently, and the outcome will be crucial for moving towards legislation. Crustacean Compassion are working hard to prepare. The best thing you can do right now is make sure you’re following their social media channels, like and share their posts (Crustacean Compassion Facebook and @crab_welfare Twitter) and are subscribed to their emails (sign up via their website) so that as soon as they release their action you are ready to take part! Keep an eye out as once Defra release their outcome, they’ll need you immediately!

Crustacean Compassion is an award-winning animal welfare organisation dedicated to the humane treatment of decapod crustaceans. They are a group of animal welfare professionals who are shocked by the inhumane treatment of crabs, lobsters, prawns and crayfish, particularly in the food industry, given what is now known about their sentience. They founded the organisation when they heard that crabs were being sold alive fully immobilised in shrinkwrap in UK supermarkets, and that the RSPCA were powerless to act as the animals are not covered by the Animal Welfare Act 2006. It is also legal, and commonplace, in the UK for crustaceans to be boiled or dismembered/cut while still alive.

All of the following methods have been described as inhumane by the EU’s Animal Health and Welfare Scientific Panel:

Crustacean Compassion engage with legislators and policy makers to strengthen and enforce animal welfare law and policy. They work to persuade and enable companies to sell higher welfare products across their shellfish product ranges. And they seek to educate both the public and policy makers on the science of decapod crustacean sentience and on their humane treatment and care.

Sign Crustacean Compassion’s petition to get crustaceans included in the Animal Welfare Act 2006! This would mean that anyone farming them, storing them or slaughtering them must abide by basic animal welfare rules – providing enough food, decent water quality, protection from pain and suffering, and humane slaughter methods.

Other countries including New Zealand, Austria, Norway and Switzerland include decapod crustaceans in their animal welfare legislation in the food preparation and restaurant trade. Their decisions are based on scientific evidence of the animals’ ability to feel pain and suffer, dating as far back as the 1990s; and they have largely taken a common sense approach to prevent unnecessary suffering where doubt still exists. For example:

Until decapod crustaceans are included under the definition of ‘animal’ in welfare legislation, the UK government is not obliged to draw up guidelines for their humane slaughter. This means that even where restaurants and supermarkets want to do the right thing*, it’s not easy to find guidance.

That’s why Crustacean Compassion points to guidance from RSPCA Australia who recommend electrical stunning/slaughter (using special equipment) as the quickest and most humane method. The Crustastun renders the animals unconscious in half a second, killing them in less than ten. It is available for restaurants and for larger volume shellfish processors.

Maybe you could share this information with your local restaurant or supermarket? Thank you ❤

*the right thing is of course to go fully vegan but in the context of Crustacean Compassion‘s campaign it means ‘to kill quickly and humanely’.

Drawings for colouring are by OpenClipart-Vectors of pixabay.com

Working on the vegan dictionary continues to be a very educational experience.  Finding words which are defined in a way that normalises animal exploitation, (such as animals being described simply in terms of how they taste or how they are used by humans; or horrible, violent practices described in a brief, matter-of-fact way as if they are perfectly normal and inoffensive) and then redefining them so that they tell the whole story, good or bad.  I’m finding out a lot of very interesting facts about animals I previously knew nothing about, as well as a lot of very upsetting things which are hidden from the general population in order to preserve the status quo.

Today I was leafing through the i section of the dictionary and, unusually, finding nothing that needed redefining …. until I reached inhuman, described thus in the Oxford Dictionary:

And the synonyms for inhuman, given in the thesaurus section, are:

With the exception of the word ‘animal’ it seems to me that those synonyms should be in the dictionary next to the word human, not inhuman.

The thing is that humans, most of them, do think of themselves as good and kind, decent and compassionate, and the dictionary reflects that.  But, however good and charitable a human might be towards other humans, if their compassion doesn’t extend to other species then is not a part of them still barbaric, merciless, unfeeling, pitiless, ruthless and savage, albeit perhaps unwittingly so?  Even if they do not commit the fiendish acts themselves; even if they are horrified at the idea of hurting a living being; if they know about it and still choose to pay for it, are they not directly and deliberately responsible for it?  And isn’t that diabolical? 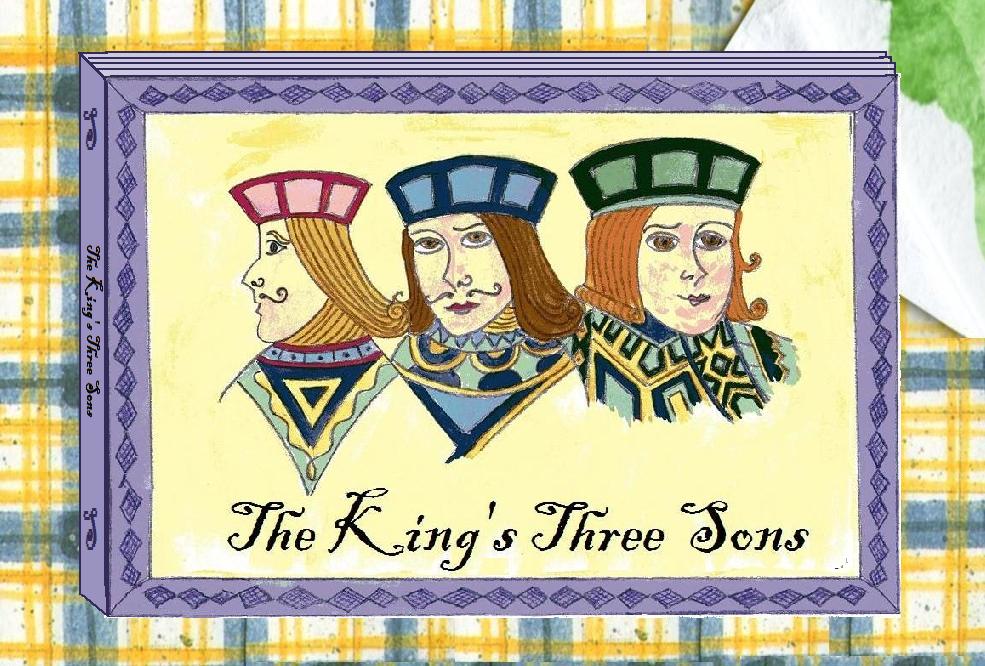 Click on the pic to read this new short fairy tale

“‘From caring comes courage.’  We might add that from it also comes wisdom.  It’s rather significant, we think, that those who have no compassion have no wisdom.  Knowledge, yes; cleverness, maybe; wisdom, no.  A clever mind is not a heart.  Knowledge doesn’t really care.  Wisdom does.  We also consider it significant that cor, the Latin word for “heart”, is the basis for the word courage.  Piglet put it this way: ‘She isn’t Clever, Kanga isn’t, but she would be so anxious about Roo that she would do a Good Thing to Do without thinking about it.'”

The Tao of Pooh 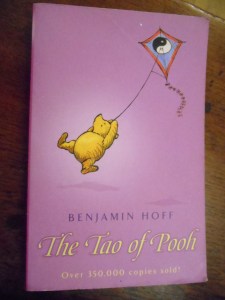 In Veggie Land there are two groups.

One is the veggie that grows above ground.

The other is one that grows below ground.

These veggies have had some arguments.

One group says it is better than another.

The potatoes, the carrots and the radishes insisted they were the best.

The sweet peas, green beans and squash argued they were the best.

They proposed a soccer game.

They played on my plate and scooted around with the aid of my fork.

Neither one won, because I ate them all.