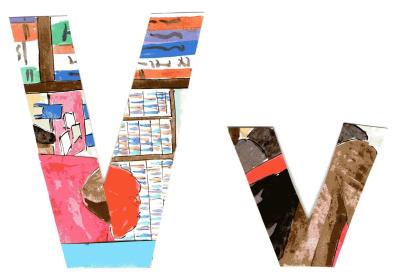 Our definition:  Generally speaking, vaccinations are inoculations that attempt to confer immunity against a specific disease. Our antibody defences are stimulated when weakened versions of bacteria or viruses are injected into our system.

Originally, vaccinations were contrived by using the infected matter from another human being and introducing it into the healthy body of the person to be vaccinated.  Trouble began once animals began to be used as hosts.  Today’s formulations are derived from live hosts including cows, monkeys, pigs, chicken embryos, and human diploid cell.

Cell matter is extracted from these hosts, combined with toxic chemicals like Thimerosol (mercury), formaldehyde, aluminum hydroxide and a variety of other substances, before being injected into our bodies (http://www.cdc.gov/vaccines/pubs/pinkbook/do… and www.vaclib.org/pdf/vaxcont2.pdf).  The side effects are autism, diabetes, asthma, MS, SIDS, and more.

Oxford Dictionary definition:  person who does not eat animals or animal products.

Our definition:  To be vegan means to try to do no harm to all animals, including humans, and the planet on which everyone depends.  This means a vegan will do their best to avoid all animal products in their food, clothes and possessions.  They will choose only fair trade and organic whenever possible, and will ‘reduce, reuse and recycle‘ to protect the world and its inhabitants from plastic pollution.  They will also avoid any activity or practice which exploits or abuses animals, such as visiting a zoo or buying animal-tested toiletries.

Our definition:  Vivisection is the practice of animal experimentation. This can include administering drugs, infecting with diseases, poisoning for toxicity testing, brain damaging, maiming, blinding, and other painful and invasive procedures. It can include protocols that cause severe suffering, such as long-term social isolation, full-body restraint, electric shocks, withholding of food and water, or repeatedly breeding and separating infants from mothers. Essentially, it is using animals in ways that cause distress and/or death in attempts to test the safety of drugs and biological products or of finding treatments, prevention, or cures for human diseases. However, results derived from the animal model are not valid or relevant for humans.

The Dr Hadwen Trust funds cutting edge medical research without using animals.  They explain that many human diseases do not occur in other animals, and those which do can be dealt with very differently by the animal’s body than by a human body.  Their focus is innovative, well designed, non-animal research.  This makes the DHT different from the larger ‘mainstream’ national medical research charities who do not have a serious, pro-active agenda to prioritise the replacement of animals in medical research.  We believe that only the complete replacement of animals will lead to technological innovation, advance medical science and provide data that is truly relevant to humans.

Safer Medicines Campaign is an independent patient safety organisation of scientists and doctors with extensive expertise in drug development. Our aim is to change the way medicines are tested, so they are safer for humans: moving from a system based mainly on tests on animals to one focused firmly on human biology.  Adverse drug reactions currently kill 197,000 people in the EU every year and more than 100,000 in the US – that is with drugs which tested safe in animal experiments.  Safer Medicines reveal that extensive studies of animal tests’ ability to predict drugs’ and chemicals’ potential to cause cancer and birth defects have found them to be ineffective and scientists are increasingly lamenting the failings of animal studies.

Cancer Research UK (a medical research charity which funds animal experiments) acknowledges: ‘We do trials in people because animal models do not predict what will happen in humans’.  And yet they still use supporters’ money to fund those animal tests!

If you want to make sure your charitable donations are actually helping someone and not being wasted on irrelevant and cruel animal experiments click here and here to find out who is worth supporting and who should be complained to!